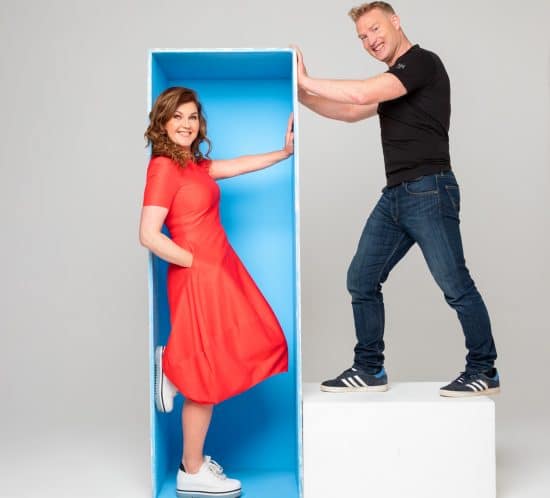 Delighted to be approached to shoot the promotional shots for the latest season of RTE’s Home Rescue.

Architect, Róisín Murphy and builder Peter Finn are back for another season – fighting clutter and saving homes all round the country.

We had the duo in our Dublin 8 studio for the day, along with the crew from Coco Content. The studio was filled with laughter and the occasional shout of “OI!” when a lighthearted joke was thrown between the two hosts.

Occasionally during the shoot, a new prop would appear. Straight away Roisin and Peter would hop on to a ladder, or on top of a box. Not an ounce of fear between them! Unquestionably, it was clear from the start that both Roisin and Peter had the same banter off screen, as they do on screen.

This lightheartedness is definitely needed as each week architect and Róisín and Peter take on a cluttered home. This could belong to a family, an individual or a group of friends. During the show they tackle the clutter head on. At the end they offer them real resolutions with an entire makeover of two rooms in their house.

I know we will look forward to seeing Roisin and Peter on our screens for more seasons to come. 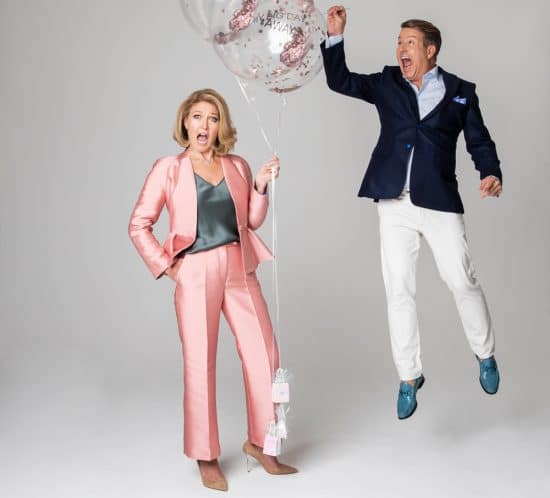 I recently had the pleasure of shooting Tara Fay and Bruce Russell from RTE’s ‘My Big Day: Home or Away’.

My Big Day: Home or Away is an exciting and entertaining original format for RTÉ2 where one couple is given the services of two top class wedding planners.  One planner arranges a wedding at home, in Ireland, one plans a wedding away, somewhere fabulous and foreign. If you have caught an episode of the show, you will know the two top tier wedding planners are full of personality. This made for a great shoot in studio.

Its always a pleasure working on promo’s for RTE shows, as we have done in the past.

Thank you to a great team on the day and i’ll let the images speak for themselves! 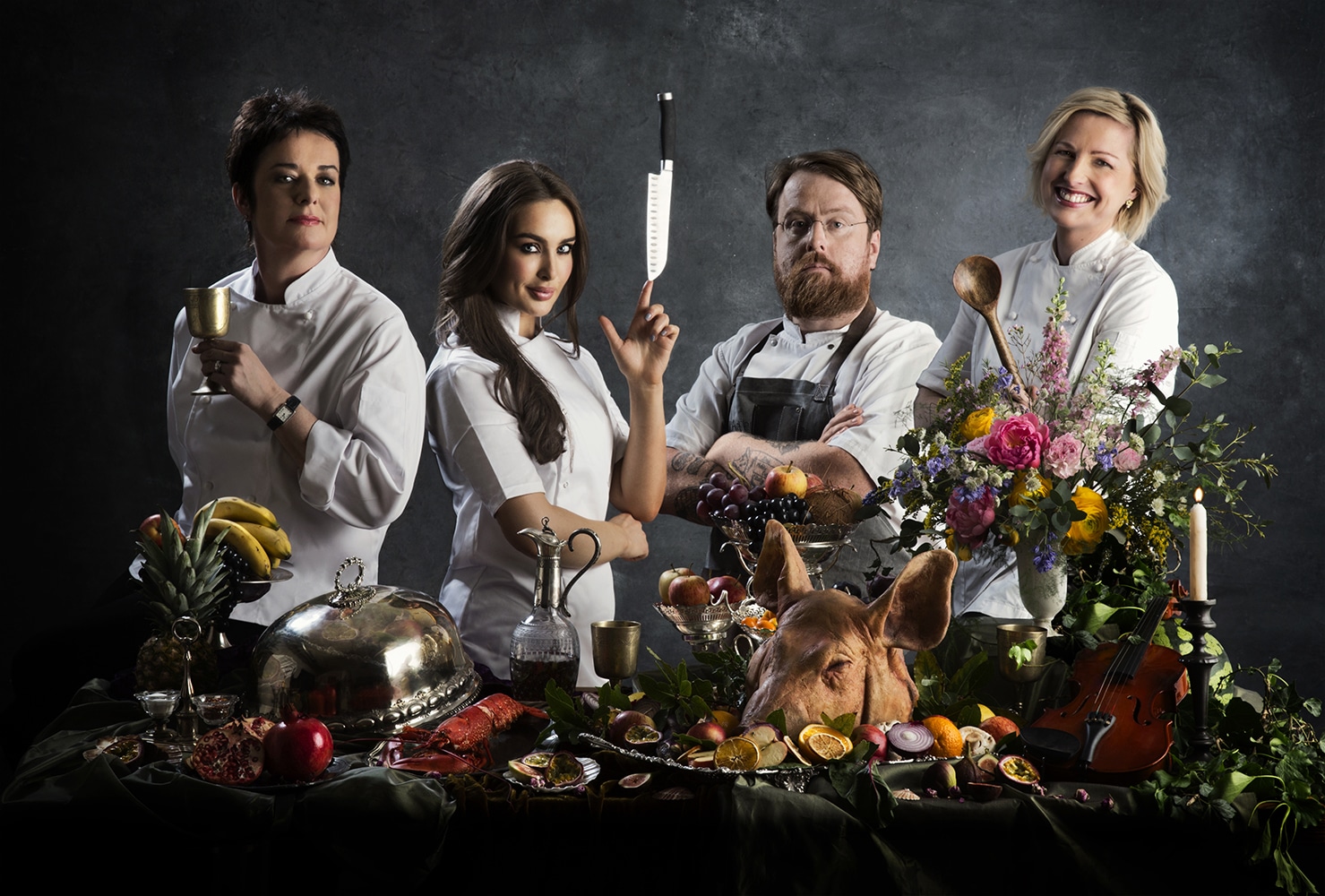 The Taste of Success

A feast for the eyes and what a tasty shoot to work on.

Great to have foody mentors Roz, JP, Domini and Eunice, along with presenter Dáithí, in studio to capture the imagery for RTE’s The Taste of Success. 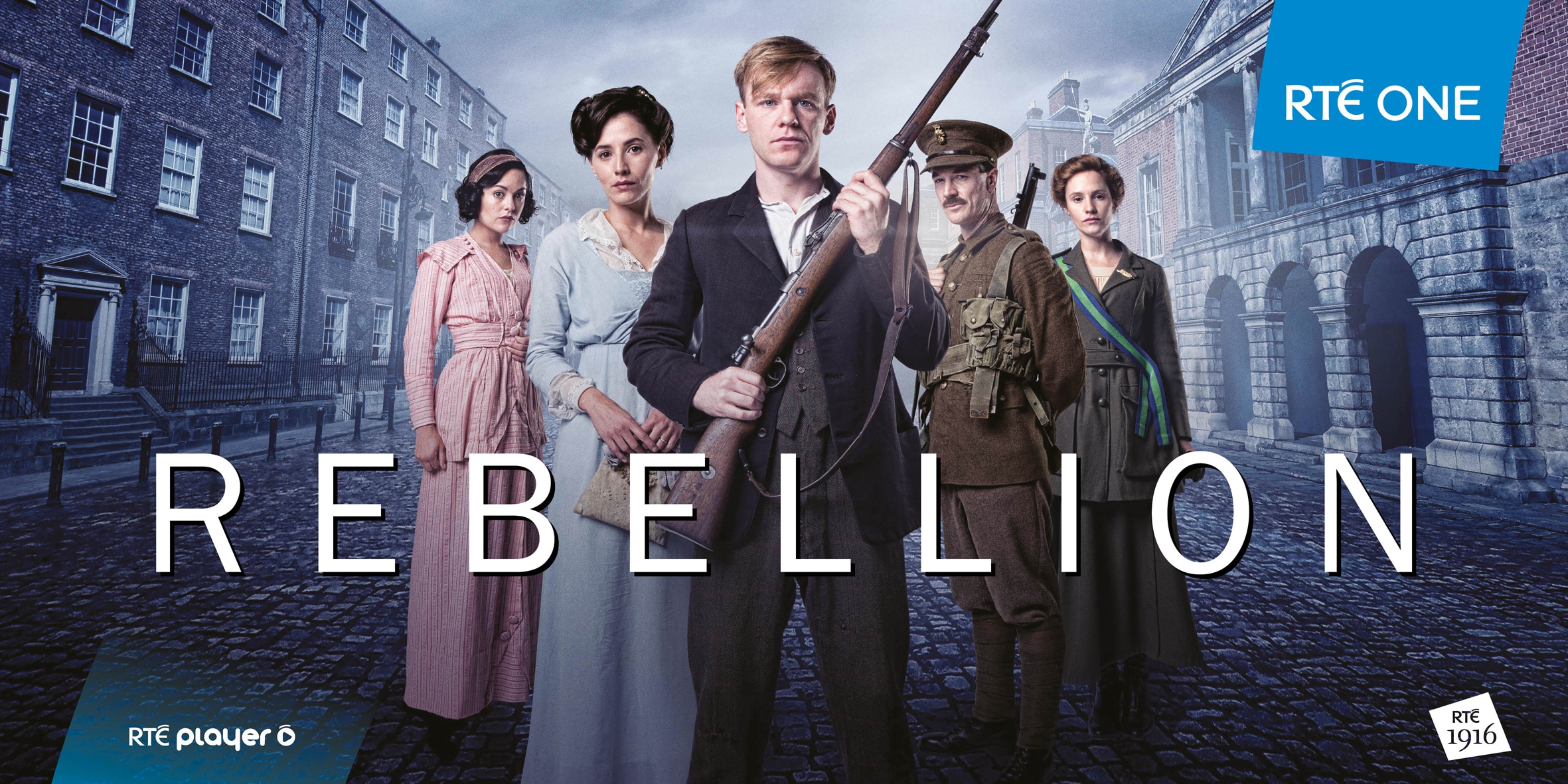 Did you watch Rebellion last night? We were delighted to have the opportunity to photograph the leading cast for the key ad shot, with design concept by LCD London.

If you missed the first episode, don’t forget to catch it on RTE Player  so you’re up to date before next week’s episode. Looking forward to it!